In traditional pastoral systems, camel milk is mainly used to feed camels and for human consumption. Two quarters of the udder are usually selected for milking and separated with ropes, while the calf suckles the other two quarters (Ramet, 1987; Ramet, 1989a; Ramet, 1994a).

Milk intended for human consumption is generally drunk immediately after milking. It can also be consumed in the form of fermented milk obtained by natural lactic acidification over several hours in a skin or clay container. Fermented milk can sometimes be separated by a vigorous shake; acid skim milk is drunk and butter used for cooking or for cosmetic or medicinal purposes (Yagil, 1982).

Processing camel milk into cheese would be difficult, if not impossible (Dickson, 1951; Gast, Maubois and Adda, 1969; Yagil, 1982; Wilson, 1984). It is surprising that, although the majority of pastoral systems have produced at least one type of cheese, there is no traditional method for making cheese from camel milk. This could be explained by local cultures which allow the consumption of camel milk only as a drink and exclude any possibility of trade. It is also possible that the highly perishable nature of cheese in hot desert climates was not conducive to the creation of exchanges between isolated communities.

In addition to these cultural considerations, it seems that camel milk is technically more difficult to process than milk from other domestic dairy animals. A literature review indicates that in the Ahaggar region and the Sinai Peninsula, only a few rare cheeses are produced by acid separation and heating of milk proteins (Gast, Maubois and Adda, 1969; Yagil, 1982). These products appear to have the characteristics of fresh perishable cheese with a high moisture content. The shelf life can be extended to several months by air and sun drying (Abeiderrahmane, 1994). It should be noted that these types of cheese do not fall under the standard definition of cheese which results from the simultaneous action of a milk coagulation enzyme and lactic acid (Ramet, 1985b). 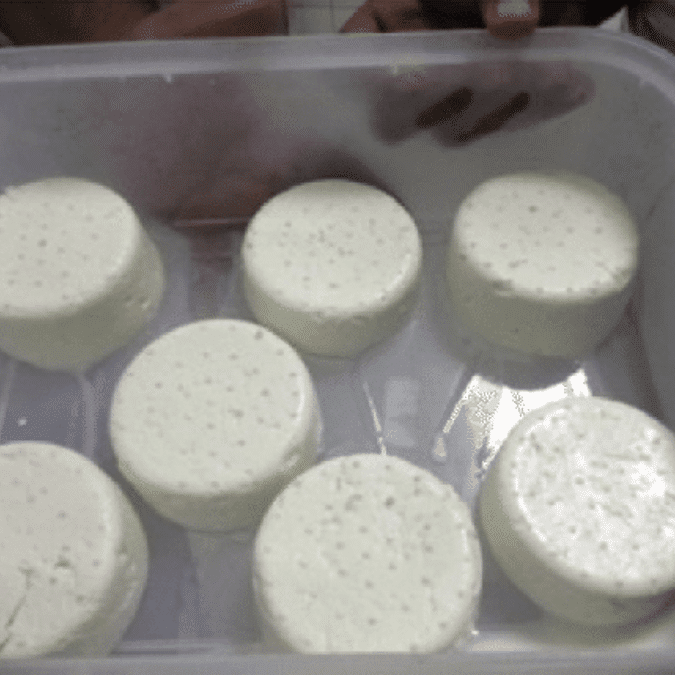 The production of whey cheese by coagulating soluble proteins in camel whey is more difficult than with cow’s whey, at least when traditional methods are used. When camel whey is heated, aggregates of denatured protein begin to form at temperatures between 72 and 80 ° C (Ramet, 1987; Mohamed and Larsson-Raznikiewicz, 1990; Ramet, 1994a). However, the particles remain very small and isolated and do not collect during subsequent heating as in cow’s milk. When left at room temperature for ten to 16 hours, three distinct phases occur: an upper floating layer made up of water, protein and fat; an intermediate layer composed of transparent whey; and a weak white precipitate at the bottom. The separation of the upper part by simple traditional filtration is ineffective. Alternatives to this process, such as acidification with lactic and citric acids, adding calcium and sodium chlorides, or adding 30% acid camel milk, do not improve particle collection ( Ramet, 1987; Ramet, 1990). The only way to separate is to use a centrifuge, which can recover an aqueous concentrate with about 16 to 22 percent total solids (Ramet, 1990).

The unique behavior of camel whey compared to cow whey could be explained by differences in the composition of soluble whey proteins and their greater heat stability (see The main constituents on p. 3). It has also been noted that when cow’s milk is strongly heated, a reaction occurs between beta-lactoglobulin and kappa casein which facilitates the formation of large aggregates (Zittle et al. 1962). The absence in camel milk of a protein similar to beta-lactoglobulin and a low content of kappa casein could cause this different behavior. Finally, it is possible that the high amount of fat in camel whey can have a negative effect on the surface properties of whey protein particles, leading to their dispersion.